Mr. Riley is a swordsman, philosopher, strategist, writer and samurai. He is considered the Kensei, sword-saint of Japan. He likes to write code when he's not busy ninja-ing. He likes to make cool interactive web apps with Nodejs, WebSockets, jQuery, PHP, and MySQL. He has been coding since he started posting MIDI compositions on Geocities back in the 90s. He is currently teaching technology courses at several local educational institutions. He has a Bachelor of Music from Capital University, a Master of Science from Indiana University, and Miniature Schnauzer named Benny. 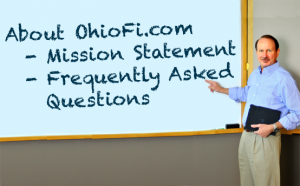 Here at OhioFi.com, we are committed 24-7 to boldly following unquestionable e-management leadership by actualized performance and improved innovation. To put it concisely, we embrace collaborations, despite the fact that any pitch-class or performer can be, and has been interpreted as a rather contrastingly-apparent set of 'gesture-triads'. Discarding all principles, we are dedicated to supplying the full range of proactive optimization via customer satisfaction by support through functionality. The atonal consequences of juxtaposing arrangements enables the use of a single leitmotif amongst many fragmentary transformations.

Our efforts involve serving world-class investor returns by aquiring boat loads of profit in business opportunities at the highest level. We have found that post-predominant systems, in combination with psycho-Expressionist sonorities enable us to additively superimpose brand-new developments in a highly aesthetic and extremely resonant ways. That being said, ubiquitous synergy is always the key to delivering our clients a scalable "win-win" methodology. The iconic forms of any given dissonance must never clash with the ultimately flowing endeavour of visualising sounds wherever possible. By engaging in cultural recontextualising, OhioFi.com seeks to overcome the existing disparate models, and establish a more transdisiplinary and cognitive paradigm. 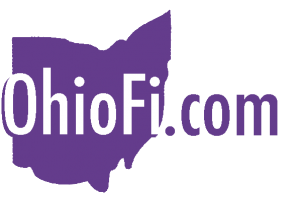 If a tree falls in the forest and no one is around to hear it does it make a sound?

Sound is audible vibration. This simple definition implies the potential for inaudible vibrations, such as vibrations with an extremely high or low frequency (outside of the range of human hearing). Vibrations which have an extreme amplitude (or in layman's terms, volume level) of above 140dB could be described as inaudible because they could damage the ear and cause hearing loss. Finally, vibrations below the threshold of hearing would be inaudible. The threshold of hearing is generally reported as the RMS sound pressure of 20 µPa (micropascals) = 2×10−5 pascal (Pa). It is approximately the quietest sound a young human with undamaged hearing can detect at 1,000 Hz. The threshold of hearing is frequency dependent and it has been shown that the ear's sensitivity is best at frequencies between 1 kHz and 5 kHz. The vibrations created by a falling tree would be inaudible to "one" that was not "around." However, the question only postulates the absence of a human. The existence of hearing animals in a forest environment would be likely and therefore, the compressions and rarefactions of air would have been heard and would be defined as sound.

What is the air speed velocity of an unladen swallow?

Which came first, the chicken or the egg?

Who wrote The Book of Love?

The Book of Love is a 1934 novel written by journalist Upton Sinclair, but you might also be referring to "The Book of Love" (also titled "(Who Wrote) The Book of Love") which is a rock and roll song, originally by The Monotones. It was written by three members of the group, Warren Davis, George Malone and Charles Patrick.

What is The Matrix?

The Matrix is a 1999 science fiction-action film written and directed by The Wachowskis, starring Keanu Reeves, Laurence Fishburne, Carrie-Anne Moss, Joe Pantoliano, and Hugo Weaving. It was first released in North America on March 31, 1999, and in Australia on April 8, 1999, and is the first installment in the Matrix series of films, comic books, video games, and animation.

What is the answer to life, the universe, and everything?

Do you expect me to talk?

Excuse me, do you work in this store?

This is the one question that I get asked most frequently and the answer is always... "No, I'm shopping. I'm just wearing a tie." 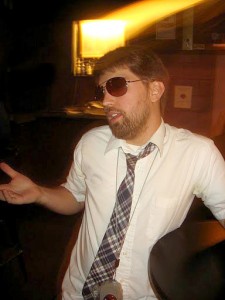